Meshes can be installed using the AMIGUARD® rail system or a rail-less system, which could be a Spider Clamp system or a universal U-bracket system depending on the selected mesh fencing. 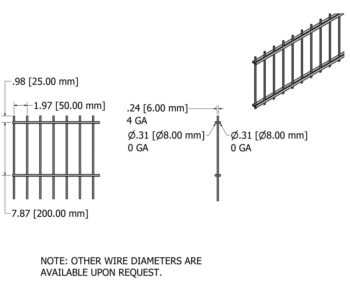 The 5600 3D V-mesh is a cost effective welded wire fencing solution for schools, residential, public and light industry applications. The 5600 Mesh is ideal for the AMIGUARD® rail-less Spider Clamp System since the integrated V gives the 5600 Mesh a structural rigidness similar to a fence mounted on a rail system. 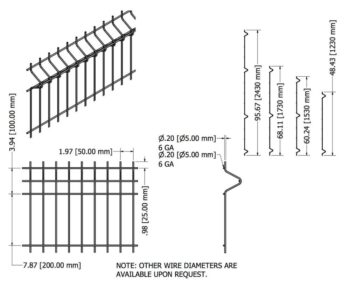 The 5700 mesh is a wire perimeter security system. The design makes it extremely difficult to scale or cut the fence without compromising visibility or aesthetics. The 0.5” spacing between the wires prevents getting a foothold for climbing, and it delays or deters cutting as power tools won’t fit in. 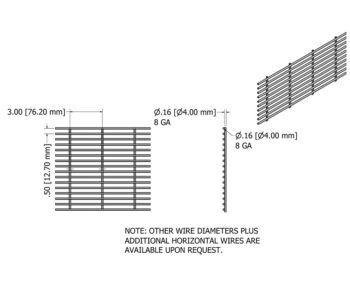 Tying The System Together

AMIGUARD® prefabricated posts are specifically designed to anchor the entire system to the ground. Unlike other fences, AMIGUARD® allows the rail to pass directly through the post eliminating fittings and hardware which are potential weak points within the system. This feature also greatly reduces installation time and cost by eliminating fittings, clamps, and the need to cut the rails during installation.

Infini-Rail® is AMICO’s continuous rail design which eliminates cutting rails between posts which is necessary when installing most traditional fences. The AMICO roll formed design has a highly engineered shape and is stronger and lighter than traditional rails. Infini-Rail® ties the entire system together stretching the full length of the mesh fence. It can also be utilized to run impact and fiber optic cables throughout the fence. 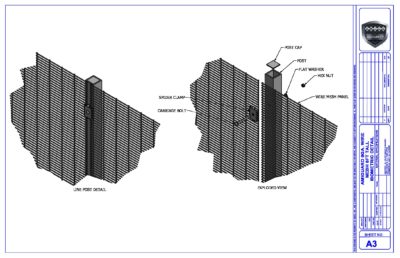 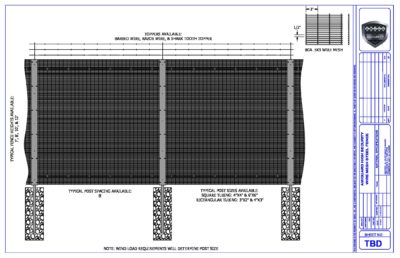 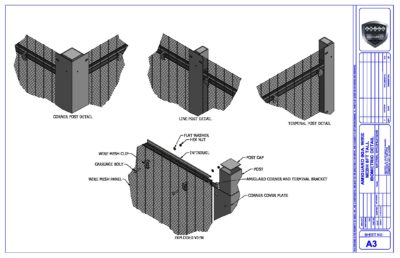